How Keeping a Travel History could save your life 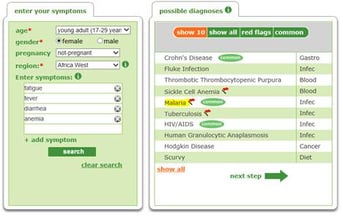 We hope you’re all almost ready for your holidays this year; you’ve had your vaccinations, you know about sun safety and protecting yourself from bites and stings. But if we asked you this question could you answer it straight away - Where have you travelled to in the last 10 years? If you’re lucky enough to go on holiday abroad every summer, there’s probably quite a few destinations on that list, and knowing the risks and conditions associated with these places could greatly help diagnose you if you become ill.

Incubation Periods can be long

Did you know the incubation period of Malaria can be as much as a year or more? In some rare cases, the disease can lie dormant in the body for many years before symptoms begin showing themselves. This means you could have visited Africa in 2012, but you still need to be aware of your trip should you ever present with Malaria symptoms.

The same applies for many diseases contracted away from home. Take for example, the conditions previously discussed in our blogpost on vaccinations: Malaria can lie dormant for years; a case of rabies was reported to have presented 25 years after the infecting bite; typhoid can take up to a month to present symptoms. If you forget to tell your doctor where you’ve travelled, it could be the difference between a misdiagnosis and saving your life.

Chaga’s Disease - the kiss of death

Chaga’s disease affected a lot of the early tropical explorers, and is passed on to humans through the bite of ‘kissing bugs.’ They carry a parasite called Trypanosoma cruzi, the effects of which can be fatal. When initially bitten by these bugs, the infected will experience an illness not unlike an extreme case of the flu or a stomach bug, with fevers, chills and acute pain. Most people recover from this reasonably quickly, but it isn't the end - once the parasite has entered the body, it stays there. Lying dormant for many years, the damage the parasites cause to the body become too much. The heart and intestines enlarge under the strain, causing immense pressure on all organs, and eventually organs will burst, proving fatal for most.

Bob Smithing NP, FAANP, a family nurse practitioner since 1981 and a frequent user of the Isabel diagnosis system, discussed his favourite case with us in a video. You can watch here:

The case included a young female from Washington State who was suffering from fatigue, aching joints and muscle pain when running. She did not think to tell her doctor that she had been travelling up the East Coast, or that she had a rash. Lyme Disease is highly uncommon in Washington State, but by asking the patient whether she had travelled, and using the differential diagnosis provided by Isabel, they were able to deduce that she had indeed contracted Lyme Disease. Treatment began and she soon saw improvement in her symptoms.

If you know where you’ve travelled in the last 10 years, and are aware of the impact this could have when visiting your doctor, you could save time in crucial diagnoses. With symptom checkers like Isabel, they will usually bring up a different set of possible diagnoses depending on the country put in, or more importantly, where you have been in the past. Changing the settings from Western Europe or North America to West Africa, will bring up altered suggestions, as demonstrated in these two screenshots: 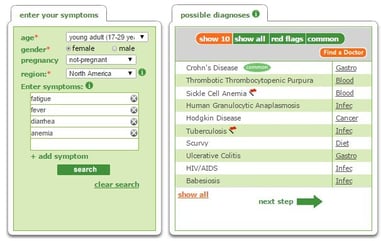 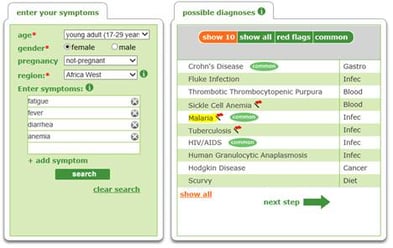 If you’re unsure, typing your symptoms into the Isabel symptom checker with different geographical parameters in the ‘region’ section will help you identify what your illness could be, including the rare cases, so you are prepared to discuss all the options with your doctor.