World Tuberculosis (TB) Day - can you still get TB? 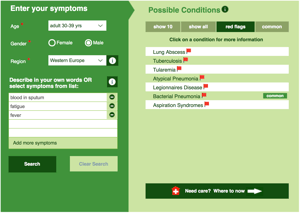 This month saw World Tuberculosis (TB) day on 24th March 2019. Most people hear the word TB and think of the ‘olden days’ and Jane Austen novels, reflecting a time when many people would die of ‘consumption’ as it was called then. Little was known about this deadly disease, other than it gave the patient a terrible cough, eventually leading to them coughing blood and then declining quite rapidly until their lungs could no longer breathe. Today, we would not think of TB as one of the top medical issues facing patients and doctors, but the World Health Organization (WHO) states that it is still the leading infectious killer globally. It is true that developing countries have the highest prevalence of cases, and therefore highest death-rates, but did you know that there are around 9,000 recorded cases of TB in the USA and 6,000 in the UK, every year?

TB is still very much classed as a rare disease in these two countries, but those figures have been on the rise since the 1980s, so it’s very important that we’re aware of the symptoms and can help stop any further increase and also try to eradicate this deadly disease completely. WHO are running a campaign this year titled ‘It’s Time,’ focussing on the urgency to control this disease both in the western world and in developing countries. They want to ensure that promises and targets that were made by global leaders to do their part are met, so we can continue to fight the spread of TB. For now, we want to make you aware of all the signs, symptoms and treatments for TB, so that you can spot it early and treat it, helping stop the infection spreading.

Simply put, TB is a bacterial infection that mainly affects the lungs and throat. The bacteria, Mycobacterium tuberculosis, was discovered in 1882 by Robert Koch, and helped us identify and find treatments for the mysterious ‘consumption.’ Having the bacteria in your body doesn’t necessarily mean you will experience symptoms, however, as TB can lie dormant in the body for many years, and this is called latent TB. Those at a higher risk of contracting TB, whom we will discuss below, are often tested for latent TB and treated to prevent the bacteria becoming active. Active TB can affect the lungs and throat, which is called pulmonary TB, or can also affect the brain, kidneys, or even bones, called non-pulmonary TB. Pulmonary TB is highly infectious, being passed along through the droplets when someone coughs or sneezes, but non-pulmonary TB is not infectious.

Active pulmonary TB has symptoms that are similar to a very bad flu, and for this reason many people go undiagnosed as they think it will go away. The most concerning sign of TB is blood on a tissue when you cough. You should see a doctor immediately if this happens, as even if it is not TB it is an indication of a problem with your lungs. Additionally, if you experience any of the following symptoms and do not start to feel any better after a week, see your doctor and ask them about ruling out TB:

For non-pulmonary TB, which is rarer than pulmonary TB, the symptoms vary depending on the organ affected. The following symptoms suggest there is something amiss with either your kidneys, bones or brain, and you should see a doctor to rule out TB and determine the cause of the symptoms:

Most people with a healthy immune system are able to fight off the TB bacteria at source and will not contract the disease, but those with a weakened immune system are at risk of suffering from active TB. This is one of the reasons that developing countries still struggle to control the spread, as issues with clean water and healthy lifestyles mean a lot of people can catch the infectious disease from someone else, and the spread has a snowballing effect. In the UK and US, TB is the leading killer of those with HIV/AIDS, a disease which attacks the immune system itself. Those with acute kidney disease or diabetes are more at risk of contracting TB, as are those undergoing treatment that weakens the immune system, such as chemotherapy. It is important to note that if you travel to a country with a higher prevalence of the disease, you are then more at risk of contracting TB. We’ve written about the importance of keeping a travel history and telling your doctor about this. Make sure that if you are visiting your doctor, you tell them if you have been out of the country in the last year.

Diagnosis and treatment of TB

Diagnosis of TB involves a few stages, starting with a skin test. The doctor will inject a very small amount of a certain protein under your skin, very close to the surface. 3-4 days later, the site where the protein was injected may have reacted and formed a welt, a raised circular red mark. If this welt is larger than 5mm, that’s an indication you may have the TB bacteria in your body. This is a good first step, but it isn’t particularly accurate, as some people don’t react to it at all but still have the TB infection, whilst others may react without having the infection. It is also only an indication of the TB infection being present in the body, not whether it is latent TB or active TB.

Following this initial test, several further tests are carried out, such as blood tests, chest x-rays and phlegm analysis. In some cases biopsies are taken of the lungs, or the affected organ, and all of these are assessed to determine whether the patient has TB, and which type of TB it is.

The discovery of both the TB bacteria and antibiotics have allowed TB to be treatable and in most cases not life threatening. However, contrary to popular belief, TB isn't a simple cold that can be treated with a week course of antibiotics. If you are diagnosed with TB, the course of antibiotics is likely to be extremely aggressive and last for 6-9 months, with a combination of medications. It’s vitally important to do the whole course to prevent the infection coming back, as if this occurs the TB may be resistant to the antibiotics and will be harder to treat again. After the 6-9 months of treatment most people manage to make a full recovery.

If you are worried about any symptoms you are experiencing, place them all in the Isabel Symptom Checker and discuss the results with your doctor.