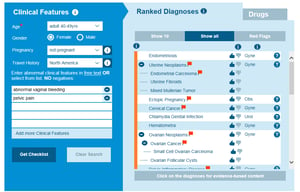 The National Cancer Institute defines healthcare disparities as ‘differences in the incidence, prevalence, and mortality of a disease and the related adverse health conditions that exist among specific population groups.’  It has been noted that disparities often exist for gynecologic cancers when considering and diagnosing these conditions. Gynecologic cancer is any cancer that originates in a female’s reproductive organs.  The five types of gynecologic cancers are:

All women have the potential to develop a gynecologic cancer, although the risk increases with age. In the US in 2018, gynecologic cancers accounted for around 12% (110,070 out of 878,980) of all new cancer diagnoses. This places gynecologic cancers in 4th position for prevalance of new cancer cases, after breast cancer, digestive system cancers and the respiratory system cancers. Gynecologic cancers are often misdiagnosed and not considered early on within women so time to diagnosis takes longer, and as a result they account for 11.2% (32,120 out of 286,010) of all cancer deaths within women. Health disparities, combined with a vague symptom presentation, are some of the main reasons for this lack of recognition.

Symptoms related to gynecologic cancers can be common with many other diseases and are often vague in presentation, so it’s important to consider these diagnoses on your differential diagnosis if a woman presents with these symptoms. Once you have considered the disease in your differential, you can rule it out if it doesn’t fit with your patient’s current history or test results. The CDC has published a symptom table which is great for comparing the similarities and differences between each type of gynecologic cancer.

As we can see from this table, abnormal vaginal bleeding is common in all the gynecologic cancers except vulvar cancer. Vulvar cancer tends to present with symptoms limited to the vulva area including vulva tenderness or changes in skin color around the vulva area. Another thing to note not included in the table is that ovarian cancer could be indicated if the patient presents with eating problems or early satiety.

Sex and gender in medical education

In 2016, a national student survey of sex and gender in medical education carried out by Marjorie Jenkins from John Hopkins found that only 43.1% of students reported that their curriculum had given them a better understanding of sex and gender medicine, and only 34.5% felt they would feel prepared to manage sex and gender differences in healthcare.   This indicates that changes are needed within the current medical education system to broaden how the curriculum is taught and a wider expansion of disease pathology and how these diseases and originating symptoms can present between the sexes. Presently, a lot of medical education is taught as unisex medicine and is not considering the variation between the sexes. If a woman presents with early satiety, which is an important red flag for ovarian cancer, then the diagnosis may be missed as the provider’s education has focused on the unisex version of medicine which would yield diseases of peptic ulcer, or an obstruction or gastroesophageal reflux disease.  The gynecologic specialty must be considered in addition to these general diseases to ensure a diagnosis of ovarian cancer is not missed.

Prior to 1993, female subjects were excluded from toxicology and biomedical research, so studies were carried out on male subjects.  In 1993, the National Institutes of Health mandated that women and minorities had to be included in any government-funded health research. Many recent studies have indicated that there is still a long way to go with enrolling women into clinical trials. Women need to be enrolled in clinical trials as there are biological differences between the sexes at a molecular and cellular level, as well as lifestyle, environmental and behavioural differences. This contributes to differences in clinical outcomes as well as responses to treatments for these outcomes.  These research sex inequalities also show within funding allocated to researching the cancers within the sexes.  The gynecologic cancers were poorly funded compared to funding for prostate and breast cancer. Without appropriate funding for gynecologic cancer research, the statistics will not improve on prevention, survival and targeted therapy treatments for these cancers.

Women experience changes in their bodies throughout their lives as a result of hormonal changes with menstrual cycles, pregnancy and menopause as well as due to aging.  Women may feel uncomfortable discussing unusual gynecologic symptoms like abnormal vaginal discharge or pain during sexual intercourse with their health care providers, but it is very important that these symptoms are explored when a woman presents for an examination. Health care providers can sometimes dismiss these symptoms as being routine symptoms which are associated with normal physical processes, but if a woman has presented for healthcare access it is because they have noticed something which has changed from their normal equilibrium and that should prompt further and thorough exploration through the workup.

The inequalities identified above between the sexes is then further magnified in women when it comes to examining the issues of race, socioeconomics and access to services by geographic location. When looking at the enrolment of participants in gynecologic clinical trials, the percentage of participants in non-white women has fallen and studies have said the key barrier to recruitment in these groups is the lack of opportunities to participate and lack of encouragement to enrol.  Five-year survival is lower for African Americans than  other races for most cancers at each stage of diagnosis.  Lower socioeconomic status has shown a high cancer incidence rate as the ability to afford care with or without health insurance and adherence to guidelines has been linked.  Women in rural areas who must travel more than 50 miles to obtain specialist treatment for diagnosis and treatment of gynecologic cancers have been shown to have worse outcomes for survival.  It is also noticeable that these women living in rural areas also have increased risk factors for other disparities affecting socioeconomic status and race which compound these issues.

Health care disparities in the incidence and outcome of gynecologic cancers are multifactorial and very complex.  Biological, racial, economic and geographic factors all influence the symptoms being recognised and a subsequent diagnosis being made. As symptoms in gynecologic  cancers can be non-specific, using the Isabel differential diagnosis tool can be a great help. Isabel analyses the data based on prevalence of the symptoms, with regards to sex and race, to generate possible causes of these symptoms. This can help reduce some of these healthcare disparities and enable providers to make an accurate diagnosis, which will hopefully lead to more of these gynecologic cancers being recognised early and lead to increased survival.

Want to know more about differential diagnosis tools and why we think they could help improve diagnosis? Have a read of our white paper: