Every 3-4 seconds someone dies of sepsis. 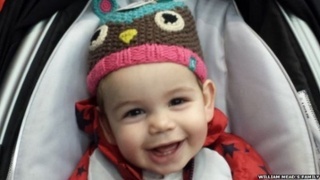 Sepsis awareness month is currently taking place and this week, on September 13th, saw World Sepsis Day.  Sepsis is a worldwide endemic health problem, claiming more lives than any cancer. The disease is more common than any heart disease, but still there seems to be a lack of awareness among the general public about sepsis and, more importantly, it is very often missed when a Clinician is forming a differential diagnosis. We’ll explain why this is and what sepsis is, as well as discussing the signs and symptoms to look out for.

Sepsis, sometimes referred to as blood poisoning or septicaemia, is a serious medical condition which occurs as a result of an immune response to infection with the body. When sepsis takes hold, immune chemicals, which our bodies release naturally into the blood to combat infections, cause widespread inflammation which leads to blood clots and leaky vessels. This in turn causes impaired blood flow which damages the body’s organs by depriving them of nutrients and oxygen. All of the body’s systems can be affected by this deprivation, causing blood pressure to drop, the heart to weaken and most bodily functions to stop working efficently. The patient develops what is known as septic shock, with mind and body being affected. Once this happens the patient’s organs start to fail and due to the severe disruption in the body, it can cause organ damage and lead to death.

The body is normally in a homeostatic state where all the organs and body systems rely on each other and function together to produce a normal state.  When one of the body systems is disrupted by the effects of sepsis the normally balanced scales become disrupted and start to unbalance all the other body systems leading to severe disruption and the patient becoming very unwell.

The key to sepsis prevention and preventing the scales becoming unbalanced is early recognition and early diagnosis, which is why it’s so important that it’s on a doctor’s radar during evaluation of a patient. Sepsis doesn’t occur on its own, it arises as a consequence from another medical condition such as a lung infection, urinary tract infection or a condition like appendicitis.  Sepsis can be caused by many different microbes including the most common cause of bacteria, but also viruses and fungal infections. A patient who appeared to be suffering from one simple but aggressive infection can quickly develop the symptoms for sepsis, and this is why it can be missed.

Who is Affected by Sepsis?

Each year 1 million Americans are affected by sepsis and its estimated that between 28-50% of these people die from septic shock. New born babies, small children and the elderly are most at risk from sepsis. As well as these vulnerable groups, people with the following chronic illnesses or conditions have an  increased risk for sepsis occurring:

If you, a relative or friend feel “severely sick” or “that something is wrong” and shows any of the following symptoms, then you should suspect sepsis, particularly if you are aware of another primary infection:

There is also a mnemonic ‘SEPSIS’ which will help you or anyone else to spot early signs: 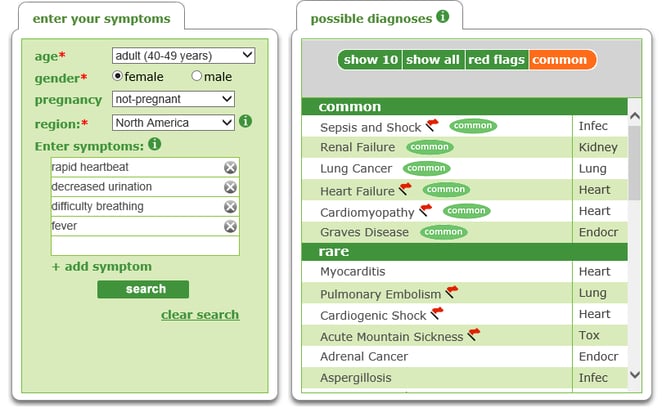 Differential diagnosis of diseases occurring with symptoms of Sepsis

Sepsis is a Medical Emergency

The key to good outcomes in sepsis patients is early detection and initiation of treatment.  Sepsis should always be on the suspect list until it is ruled out.  Its notable that if detected early, treatment is simply antibiotics and replacement fluids and costs around £90 in the UK.  If sepsis is not suspected early and treated, then the costs are astronomical as the patient will eventually require intensive care and if all body systems fail then they all need supporting. Trying to stabilise a sepsis patient is a rollercoaster as all the systems depend on each other and all are in trauma at once.

Doctors diagnose sepsis by examining patients for fever, increased heart rate and respiratory rate.  A blood test may be performed which would show an abnormal amount of white blood cells or an elevated lactate level which can indicate the severity of the condition, but is not always needed.  Other tests on urine and blood may also be performed to look for the cause of the infection and get other markers for how ill the patient is.

In January we published a blogpost on William Mead who died from Sepsis, calling for more awareness among medical professionals, as well as patient engagement with regards to sepsis, as so many people are not aware of it.  William Mead’s mother is an advocate for sepsis awareness and has published her sepsis story through her own video which details the devastating effects sepsis can have on a family, as well as raising her own awareness around key sepsis facts.

Sepsis cases are rising year on year due to a combination of issues including increased awareness and condition tracking, an aging population, those with chronic diseases living longer, the spread of antibiotic-resistant organisms, more invasive procedures being performed and greater use of immunosuppressive and chemotherapy drugs. For this reason, sepsis awareness needs to continue so the more cases diagnosed each year are diagnosed early and people receive appropriate treatment early, preventing deaths occurring.  Engaged patients and Doctors working in partnership at the earliest opportunity can decrease the numbers who become very sick with sepsis.