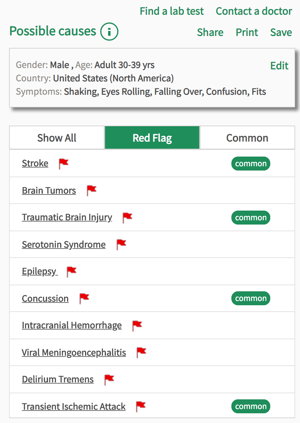 November is Epilepsy Awareness Month in the US, so in this week’s post we’re going over the basics of this neurological condition that affects more people than you might think. 1 in 26 of us will experience epilepsy at some point in our life, and in the US alone around 150,000 people are diagnosed with epilepsy each year. There are many different types of epilepsy, different types of seizures, and different symptoms for these seizures.

Epilepsy is a neurological condition that affects the nervous system and causes seizures, or what you may know as fits or fitting. The brain works by passing electrical signals to and from cells in a delicate balance, in order to send messages and allow us to interact with the world. Sometimes this electrical activity becomes imbalanced and can surge. This causes the messages to become confused, and the result is a seizure. Causes of epilepsy can include brain injuries, underlying diseases such as meningitis or brain tumors, drug abuse, or stokes. In most cases, however, the cause is unknown and cannot be identified, although research is ongoing to try and understand more about the disorder.

You are considered to have epilepsy if you have repeated seizures, or if the likelihood of more seizures is high. Some people have a one-off seizure and this doesn’t necessarily mean you will develop epilepsy, but once you have had 1 seizure with an unknown cause, you are around 50% more likely to have another within 6 months. This risk increases if their are clues as to the cause, or if seizures run in your family. Some people have a period of their life with epilepsy and it then goes away, whilst for others epilepsy is a life-long condition.

Symptoms of a seizure

A seizure can often be quite alarming and scary, both for the person experiencing it and for those around them. Contrary to popular belief, a seizure doesn’t necessarily mean shaking on the floor or foaming at the mouth, although this may occur with certain types of epileptic seizure. Some symptoms you can expect with epilepsy and seizures are:

This is not an exhaustive list of the symptoms you can experience during a seizure, and you may experience just 1 of them or many of them. Because it is the brain that is affected during a seizure, the organ that controls how every part of the body works and moves, the possibilities for how you may react are almost endless, and as such there is no ‘normal’ seizure. There are, however, some categories that help establish how we can react to and treat different epileptic seizures.

Recently in 2017, there was a new system established to describe the different types of seizures, aimed at making it clearer for doctors to notice and understand the onset and characteristics of different seizures and treat them effectively. It is still quite complex, but the types are named based on 3 characteristics:

These are the ones most people think of when they think of fits. They affect both sides of the brain and are therefore generalized seizures, the person will not be aware during the seizure and may not remember it at all, and there is considerable movement. This also used to be known as a ‘grand mal’ seizure. A person will become suddenly stiff, then usually collapse, after which the muscles will tense and relax rhythmically. This can cause shaking, grunting, foaming at the mouth, and biting as the person has no control over the muscles in the body.

A tonic seizure involves all the muscles suddenly becoming stiff, but doesn’t have the repetitive tensing and relaxing. An atonic seizure is the opposite, where all the muscles suddenly relax and the body goes floppy. Both these types are usually very quick and the body will probably fall over, and both are considered generalized seizures affecting both sides of the brain.

Clonic seizures involve the rhythmical jerking without the initial stiffening of the muscles. They can be generalized, affecting the whole body, or focal, where only one side of the body is affected.

These are smaller jerking movements, similar to the feelings some people get when falling asleep. They can happen in clusters, with a series of jerks all at once. Although the person is conscious throughout, these are considered generalized seizures, as they are usually accompanied by other generalized seizures and often affect both sides of the brain.

These generalized seizures are more common in children, and involve temporary absences, almost like daydreaming. The person may miss pieces of information in a conversation, and may blink rapidly or stare into space.

A focal seizure begins in 1 part of the brain rather than both sides or the entire brain being affected, and as such rarely involves jerking or convulsions. Focal aware seizures occur when the person is aware of what is going on, but may feel a strange sensation. This can be an upset stomach, a wave going through the body, or deja vu, among many other things. They are often undetectable to anyone else, although can sometimes involve movement such as lip smacking or noises.

These similarly only affect a part of the brain, but they leave the person impaired in some way. They may be confused, have a loss of memory, or be unable to communicate or understand. Recovery periods can vary as well, with some needing to sleep or rest afterwards, while others recover almost immediately.

Focal seizures can sometimes spread to the whole brain, resulting in a tonic clonic seizure.

Sometimes the origin of the seizure is unknown, usually because the seizure was not seen by anyone else or occurred during sleep. This is then called an unknown onset seizure, and future seizures may help to understand more about this person’s epilepsy.

As you can see there are many different types of epileptic seizure, and within this many symptoms or possible reactions for the body and brain. Understanding how a seizure starts and how a person behaves while having a seizure can help determine how best to treat the epilepsy. The most common treatment is medication, and different drugs can help stop the brain from experiencing the electrical surges. It is a process of trial and error, and it takes many people a while to find the right drug or combination of drugs to help them as much as they can. People also get to know any triggers that can cause the epileptic seizures. The most common triggers are flashing lights, stress, anxiety and sleep deprivation. As we said earlier, some people stop having seizures after a while, although the reasons behind this are as unknown as the causes in the first place, whilst others learn to live with the condition for the rest of their life. Determining the types of seizures you or a loved one are experiencing, with your doctor, combined with medication and lifestyle choices to try and limit triggers, can all help to find a balance in your life.

If you are concerned about any of the symptoms discussed in this blogpost, place them into the Isabel Symptom Checker and discuss the results with your doctor. If you have a seizure for the first time, you should always seek medical attention straight away to try and identify any underlying causes if there are any.