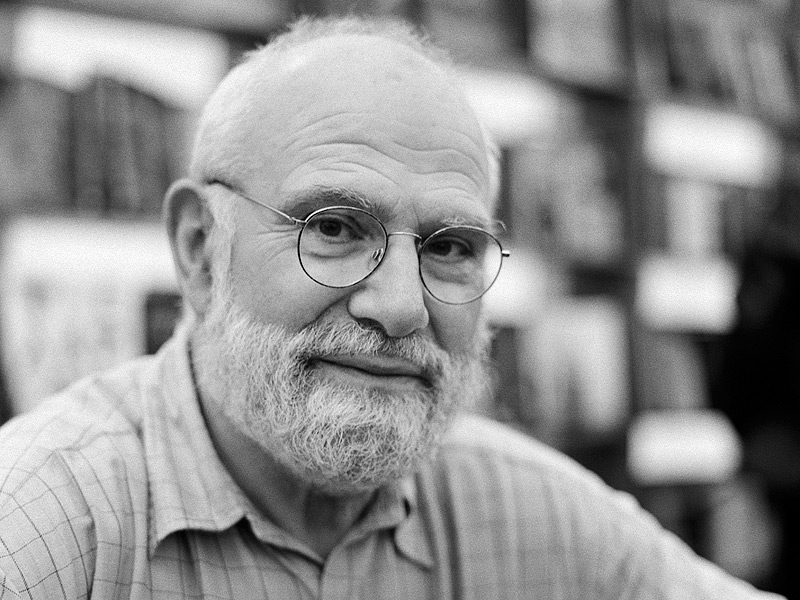 On August 30 2015, renowned British neurologist Oliver Sacks passed away at the age of 82. Sacks felt that the brain was the “most incredible thing in the universe” and devoted his life to studying it.  Most of his professional life was practiced in the United States, and he became an author of thirteen best-selling books consisting of case histories about his patients’ brain disorders.  Some of these fascinating books were adapted for film and stage, such as Awakenings starring Robert de Niro and the late Robin Williams. In this week’s blogpost, we’ve taken a look back at Oliver Sacks’ life and achievements in honour of his contributions to the medicine.

Sacks was born in London, England in 1933 into a family of physicians and scientists. His mother, Muriel Elsie Landau, was one of the first female surgeons in England. He achieved his medical degree at The Queen’s College, Oxford University, and soon after this made the move to the United States, where he began working to complete his residencies and fellowship work. He moved to live in New York as a practicing neurologist, and from 2007 he served as Professor of Neurology and Psychiatry at many renowned academic institutions in the United States.

When Dr Sacks was working as a consulting neurologist at the Beth Abraham Hospital in the Bronx in the 1960s, he came across a group of patients who had spent many decades in strange frozen states.  They were unable to initiate movement and looked like human statues.  He recognized these patients as survivors of the great pandemic of “sleepy sickness” otherwise known as “encephalitis lethargica” that had swept the world from 1916 until 1927.  Dr Sacks chose to treat them with an experimental drug known as L-dopa. This drug was just beginning to be recognized as treatment for similar symptoms in patients with Parkinson’s disease, and when used on the patients with “sleepy sickness,” it enabled them to come back to life. Some of the patients responded to both the drug and also to their changed circumstances better than others.  He wrote about this group of patients in his book Awakenings which was later developed into a Harold Pinter play (‘A Kind of Alaska’) and the Oscar nominated film mentioned earlier.

Dr Sacks continued to write many more books based on interesting collections of case histories encountered during his working life of Neurology.  The Man Who Mistook His Wife for a Hat and An Anthropologist on Mars describes patients struggling to live with a range of conditions from Tourette’s syndrome, Autism, Parkinson's, Schizophrenia and Alzheimer’s disease.  These books were described by Dr Sacks himself as case histories, pathographies, clinical tales or ‘neurological novels’.  He described his patient’s struggles with their conditions but showed the very human side to the conditions they were experiencing, and how difficult their lives could be. Through these books, he introduced the syndromes or diseases they were experiencing to a much wider audience, not only making people aware of the conditions, but also giving them reasons behind why they were acting as they did with the symptoms they were experiencing. It was the beginnings of instilling more knowledge and power within the individual when it came to personal health.

What can we learn?

Sacks was practicing neurology before the advent of the CT scan and the MRI.  He learned the art of neurology by observing and examining his patients in extreme detail.  He recalled his professional training in various hospitals where he had seen many neurology patients and drew on the knowledge those case histories had imparted.  He analyzed the patient’s symptoms with meticulous understanding, looking at motor strength, reflexes, sensation and mental status.  He also never forgot the personal side and the distress that many of these symptoms caused his patients.  He would arrive at a diagnosis that may locate a lesion of the brain or spinal cord.  Due to the constraints of medical technology compared to the resources available to us today, there was very little that could be done to solve their neurological problems.   He always pushed the boundaries to try new medications or ideas.  Thankfully things have changed with the advent of CT, MRI scans and many more medications, procedures and technologies to treat these conditions. The truly dedicated work and utmost compassion that Oliver Sacks showed to his patients, right up until his death, can guide us a lot in today’s environment. In clinical practice, we have to continue with fully examining our patients, building a full and complete case history, thinking through a differential diagnosis to work up a patient in order to arrive at a complete diagnosis.  We can then treat, scan, cure or help the patient to live the best quality of life with the condition they have, enabling them to adapt to living with their illness.

Dr Sacks died aged 82 on August 30th 2015 after a full and rewarding career.  Just as he had with his patient’s case histories, Dr Sacks wrote a book about his own symptoms, resulting from an ocular tumor in 2010. When metastases from the tumor returned in 2015, he often wrote about his condition in blogs and newspaper articles. He demonstrates how you adapt to the condition you have and what he thinks you should focus on in the time you have left.  In his own words one of the final pieces he wrote:

“I feel a sudden clear focus and perspective. There is no time for anything inessential. I must focus on myself, my work and my friends. I shall no longer look at “NewsHour” every night. I shall no longer pay any attention to politics or arguments about global warming. This is not indifference but detachment — I still care deeply about the Middle East, about global warming, about growing inequality, but these are no longer my business; they belong to the future. I rejoice when I meet gifted young people — even the one who biopsied and diagnosed my metastases. I feel the future is in good hands.”

He has passed on the batton for the pioneering work to continue. You can watch his most recent Ted talk below, and his official website can be found here.