Pregnancy is portrayed as a time of happiness and emotional well-being, and for many that is their experience, but evidence shows mental illness can affect women in pregnancy.  Pregnancy impacts women from many angles with regards to their physical and mental health and also the baby’s health. There is much debate over whether you are more or less likely to have ill mental health during pregnancy. Statistically, if a woman has had mental ill health in the past or at the time she falls pregnant, then she is more likely to have mental ill health during pregnancy or in the year after giving birth (postpartum) than at other times in her life. Overall, however, mental health admissions and completed suicide are less common in pregnancy than at other times. Indeed, some women who have had mental ill health in the past remain well during pregnancy, everyone is different and have varying triggers for becoming unwell.

It is common for women to experience mental ill health for the first time during pregnancy. Women may feel more vulnerable, anxious and some may develop depression.  If a woman on prescribed medication discontinues her antidepressants during pregnancy, then it can precipitate a relapse of depressive symptoms.

Conditions which can impact mental health during pregnancy include:

We also have information on Mental Health conditions in the postpartum period.

Mental ill health occurring during pregnancy can result from prior existing medical conditions or can develop as new entities during pregnancy.  As they can seriously impact the mother’s physical and mental health as well as the fetus’s development, timely screening and appropriate treatment are essential to prevent needless suffering and ensure a safe delivery of a full-term baby.  Healthcare providers caring for pregnant women are uniquely situated to address these symptoms and illnesses and ensure the patient receives the best possible care.  As symptoms can overlap and are similar between the various conditions, a thorough examination, history and differential diagnosis are essential to determine the final diagnosis and ensure the patient receives the treatment they need.  Using tool like the Isabel DDx Generator will ensure you have considered both physical and cognitive symptoms with your patient.

Have you read our white paper on patient engagement and symptom checkers? Download your copy below and let us know what you think. 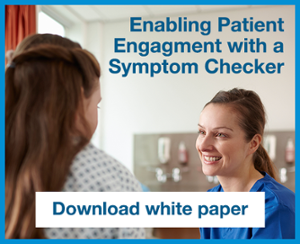