Lucy Hill - When you need a blood transfusion in another country 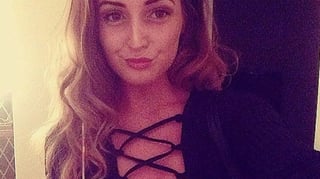 A dangerous and alarming story with a happy ending became viral in the UK this week, when young traveler Lucy Hill had a crash on her moped in Thailand and was in intensive care. Lucy had serious injuries, including a broken pelvis and a bleed to her brain. It was, however, the operation and recovery itself that posed the worst threat to Lucy's recovery; Lucy Hill's blood type was A negative. In England, this is a reasonably rare blood type, with only 6% of donors having this type. In Thailand, that number reduces to less than 1% and Lucy Hill, who was in desparate need of blood tranfusions and is anaemic, found herself in a life threatening situation.

When the Internet Helps

We all complain about the internet and social media intruding on our lives, and the way our lifestyles and culture has changed unrecognisably over the last 20 years. "It's not like when I was a child and you played with toys, not on your ipad!" is a common phrase. However much we moan though, it is also indeniable that the arrival of the internet has done some wonderful things. We are now able to find out the answer to almost any question within minutes, not to mention the fact clinical tools such as Isabel can help reduce the risk of misdiagnosis and aid doctors in a world where diseases certainly aren't depleting in numbers. For Lucy Hill's family, it was the difference between life and death. They posted onto Facebook and other social media sites, including trip advisor, asking anyone in the area around Chiang Mai to donate blood for Lucy, especially if they knew they were A negative. The post was shared over 40,000 times in the first 6 hours, and the following morning at Maharaja Nakorn Hosptial there was a queue of people waiting to donate for Lucy Hill.

Lucy Hill received three transfusions that day, and another plea was released by her family for more blood as she was going to need daily transfusions. Lucy's aunt Sue Rayleigh has now announced that the surgery went well and Lucy is in a stable condition, and thanks to the hundreds of willing donors, Lucy has had several additional transfusiions.

We wrote a blogpost on donating blood, both in the UK and also the US, and how you can sign up to donate. Lucy Hill was A negative blood type, which as mentioned earlier is quite uncommon in the UK and US. There are several ways to distinguish blood types, but the most popular one is the ABO system: