Do I have a migraine? Migraine symptoms, types and causes 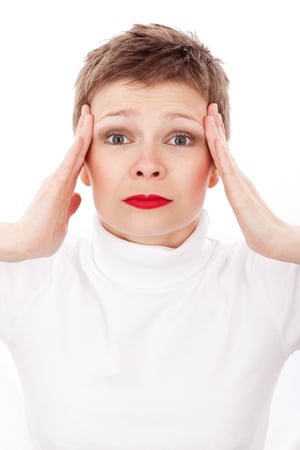 Migraines are a very common ailment, with studies suggesting they affect up to 13% of the US adult population. Symptoms can be moderate to severe, and can last hours or even days, and a lot of people confuse a migraine with a bad headache. It is however, a little different to other headaches, and people who suffer from regular migraines often describe attacks as debilitating, rendering them unable to carry out day to day activities.

We actually know very little about the causes of migraines and what is happening in the body and brain when they occur. It is thought that genes have a lot to answer for, as migraines tend to run in the family, and we also know that more women suffer migraines than men. We used to think the symptoms, of the which the main one is an extreme headache, were caused by blood vessels expanding in the brain. It is now thought this is not the cause but an effect of a migraine attack, and research points to the origins being a nerve within the brain called the ‘trigeminal nerve.’ This is primarily responsible for sending messages from the face to the brain, and when over-stimulated it can cause blood vessels to expand within the brain. It is thought that people who get migraines have an overly sensitive trigeminal nerve, causing the symptoms of a migraine to occur, often regularly. This is where triggers come into play, as different stimuli can activate the trigeminal nerve. Common triggers include stress, screens, reading, hormonal cycles, and even food or drink.

Symptoms of a migraine

The symptom everyone associates with a migraine is a headache which can last between 4 and 72 hours. This can range from moderate to severe, although is more often than not very intense, and it is usually on one side. People have described their headache as a throbbing headache, a sharp pain in one area, and even as if their head were in a vice. A headache, however is not the only symptom. There are several types of migraine with slightly different symptoms, and they can be split into three main categories:

This is the most common type of migraine, and can begin with little to no warning or build up, often leaving the person suddenly unable to carry out daily tasks. The pain in the head can be combined with any or all of the following:

Migraine with aura without headache

This is a much rarer form of migraine, and can happen to people who usually suffer migraines with aura. In this case, you will experience all the warning signs of the aura, but without the headache. It’s not known why this may happen, but it could be a response from previous attacks as the body tries to learn how to cope.

Migraines can be quite scary to experience, especially if you’ve never had one before. If caught early with painkillers or triptans, which help relax the blood vessels and reverse the activation of the trigeminal nerve, then symptoms can disappear. Once the headache takes hold, however, it is quite hard to treat, and people often simply have to lie down in a dark room and rest until the headache lifts. If you are concerned about any of the symptoms you are experiencing or have read in this blogpost, then place your symptoms into the Isabel Symptom Checker and talk through the findings with your doctor. If you are getting migraines a lot, there may be some treatments or changes in medication that your doctor can suggest to help prevent attacks. If you want to try and prevent attacks yourself, try and notice the triggers for your migraines so you can avoid or cut down on them, for example taking regular breaks from working in front of a screen.