Could I have meningitis? Types and symptoms of meningitis 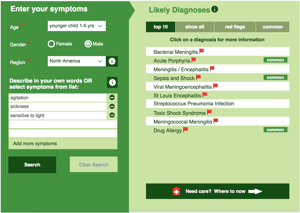 Meningitis is a disease that can affect anyone, although it is most common in babies, children and young adults. The condition can be bacterial, viral or fungal, and the severity and treatments depend on the type contracted. As the most common condition to affect children, spreading awareness and encouraging research in the field is important to Isabel, as we started out as a pediatric tool following the misdiagnosis of 3 year old Isabel Maude, only later expanding to include all ages in the Isabel DDx Generator. In this blogpost we go over the basics of meningitis, the causes, symptoms, diagnosis and treatment of this sometimes acute and potentially fatal disease.

Surrounding our brains and spinal chord, we have a protective membrane made up of three different tissues, collectively called meninges. The outermost layer is called the dura mater and this is thicker, dense and durable, with large blood vessels running through it. Immediately underneath that is the arachnoid mater, so named because it has a fibrous spiderweb-like structure with no blood vessels. There is then a small gap underneath this called the sub-arachnoid space, which has cerebrospinal fluid (CSF) running through it adding an additional protection to the brain and spinal chord. Finally there is an extremely thin membrane attached to the brain and spinal cord themselves, with blood vessels in it supplying blood to the neural tissue.

Meningitis occurs when these meninges become inflamed, due to infection. The infection itself can happen in various ways, although the most common route is through the bloodstream. The body then has an immune response, triggering the release of various hormones and chemicals, which in turn cause swelling and inflammation of all the meninges. Additionally, the CSF running through the sub-arachnoid space increases in volume as it tries to fight off the infection.

Due to meningitis being caused by an infection, usually bacterial or viral, it can be passed from person to person through bodily fluids and close proximity to those carrying the infection. Kissing, sneezing, coughing and sharing glasses or toothbrushes are all ways in which the infection can be passed on. Interestingly though, the infection is most commonly passed on from people who carry the infection but are not ill themselves. Once the infection is passed on to a person with a less robust immune system, an immune response triggers the inflammation of the meninges and causes meningitis.

This is the most common form of meningitis, but is not considered a medical emergency. The inflammation of the meninges is much more minimal, and most people will recover within 7-10 days. Common infections which can cause viral meningitis include herpes simplex virus, mumps, chicken pox or some stomach flus.

This is much less common than viral meningitis, but is more widely known and talked about, mainly due to its acute nature. Symptoms can develop within hours, and if not caught and treated in time, can be fatal. There are many different types of bacteria that can cause bacterial meningitis in different people of different ages, but the most common, which affects babies, children and young adults the most, is meningococcal. Within this, there are different types of meningococcal bacteria, categorized by the letters A, B, C, W, X, Y and Z. Meningococcal disease is an extremely serious condition needing urgent medical treatment to remove the infection and therefore inflammation. Sepsis, or blood poisoning, is also a very common complication of meningococcal infection and often accompanies the meningitis.

Fungal meningitis is rare globally, but is specifically the most common type of meningitis in Africa. Those with a compromised immune system, such as after organ transplants or with HIV/AIDS are most at risk of fungal meningitis. Symptoms usually occur over a longer period of time, often weeks, but can cause death if untreated. In very rare cases fungal meningitis can occur due to medical contamination.

In adults, signs and symptoms are easier to spot and therefore the condition can be caught early. However, the disease is less common in adults, so is less expected. In babies and young children, most of the time they will just seem generally unwell and irritated. Symptoms include:

Babies specifically may have:

If you, or a child, are experiencing any of the above symptoms, it is very important to get immediate medical attention to ascertain whether you have meningitis, and which type. Place your symptoms into the Isabel Symptom Checker and discuss the results with a doctor. 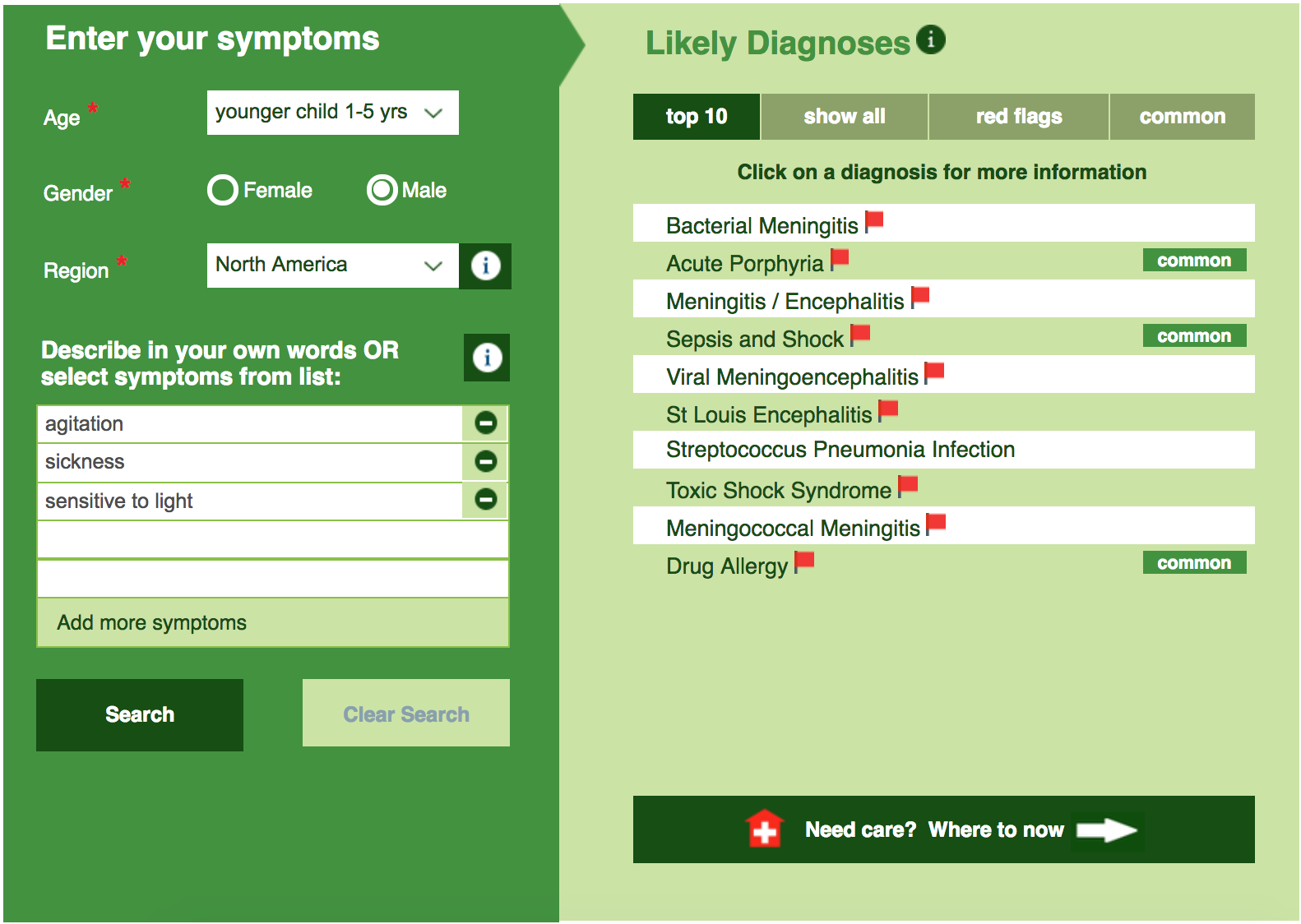 Diagnosis and Treatment of Meningitis

Initial blood tests and blood counts can determine if an infection is present. The best way to test for meningitis, however, is to get a sample of the cerebrospinal fluid. This is done through a lumbar puncture, where a doctor will insert a device into the lower back to gather a sample of the fluid, which is surrounded by the meninges. This fluid will show if there is an inflammation of the meninges, and how severe the case is.  Sometimes treatment is initiated before diagnostic tests are carried out due to the patient's clinical picture.

Following a diagnosis or high suspicion of bacterial meningitis, antibiotics are administered immediately, and often patients will stay in hospital for over a week. If caught early enough, a full recovery is possible. However, some people have lasting effects such as hearing loss, epilepsy, amputation of limbs, and cognitive issues.

Those diagnosed with viral meningitis will usually recover completely within 7-10 days, often with antibiotics but sometimes with no treatment at all.

Treatment of fungal meningitis can be very long, depending on how strong the person’s immune system is, and how severe the infection. Some courses of anti-fungal medication can go on for weeks.

Some more common and more serious types of meningitis can be vaccinated against, and this is highly recommended, not only for the protection of the person receiving the vaccine, but also to help contain the spread of the infection. There are different vaccine schedules and availabilities in the UK and US, so check in your area to see which ones you are able to receive.