Could I have glaucoma? Glaucoma symptoms, causes and treatments

January is National Glaucoma Awareness Month in the US, an important time to spread the word about the world’s 2nd leading cause of blindness according to the World Health Organisation. Over 3 million Americans and more than 64 million people worldwide suffer from this sight-stealing disease, and worryingly the figures are moving the wrong way. The National Eye Institute predicts a massive 58% increase in the condition by 2030, due in part to the ageing population. Known as ‘the sneak thief of sight,’ in most cases there are no obvious symptoms and once vision is lost, it’s permanent. As much as 40% of a person’s vision can be lost without the person noticing any prior symptoms. The disease also seems to be between 6 and 8 times more common in African and Latino populations. The condition can affect all ages, but most commonly is found in people of 45 years and over. While there is no cure for the disease, early detection is vital to stopping its progress.

Glaucoma is caused when the optic nerve, which connects the eye to the brain, becomes damaged, most commonly by fluid building up in the front part of the eye due to poor drainage. This increases the pressure inside the eye and can lead, if untreated, to full blindness. There are many different types of Glaucoma, the most common being Primary Open Angle Glaucoma, which tends to develop slowly over many years and is caused by the drainage channels in the eye gradually becoming blocked.

As mentioned above, glaucoma often doesn’t cause any obvious symptoms, making early diagnosis difficult. Instead, the disease tends to develop over many years, first affecting the edges of your vision, the peripheral, and then moving in over time. However, some sufferers have reported blurred vision or seeing rainbow-colored circles around bright lights. While the condition may be worse in one eye, it invariably affects both eyes in some way. In very occasional circumstances, sufferers can experience acute glaucoma which comes on very suddenly. If you notice any of the following symptoms, you should go to hospital immediately: 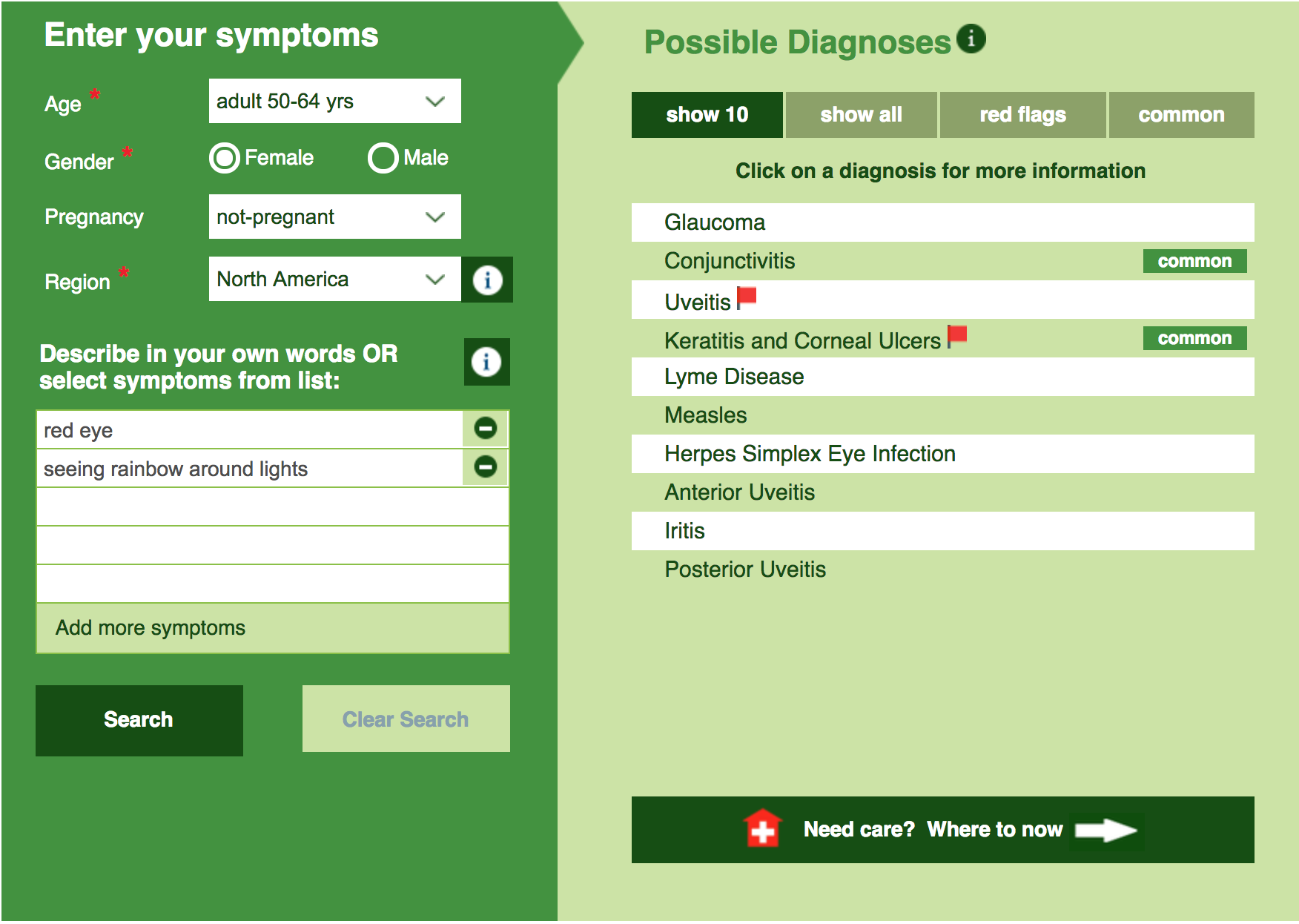 Depending on how quickly you get treatment, an acute attack, if treated early, can usually be brought under control in a few hours when your sight will start to return.

While it’s not possible to reverse any vision lost, treatment can at least stop the vision getting worse which is why early treatment is so critical. Treatment options depend on the type of Glaucoma you’re suffering from but usually include:

While it is unclear what causes the build-up of fluid, certain things can increase the risk of this happening:

Regular eye tests every two years are important for everyone, but in particular if you fall into any of the above categories. A standard eye test should measure the pressure inside your eye and will pick up any suspect signs. Quite often, the disease is picked up well before you’ve noticed any symptoms. If Glaucoma is suspected, you will then be referred to a specialist eye doctor for further tests. You can also put your symptoms into the Isabel Symptom Checker and discuss the results with your doctor. 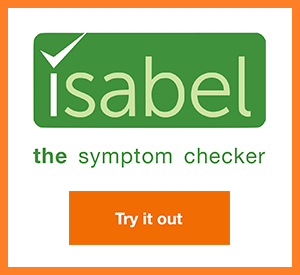 Photo of eye by Amanda Linn from Pexels