Could I have diabetes? - Diabetes symptoms, risks and treatment

Diabetes Week took place last week in the UK. Around the world charities and healthcare organisations are working hard throughout the year to increase awareness of this potentially fatal, life-long condition that looks set to become a crisis of epic proportions if more is not done to slow it down. The ever increasing cases of pre-diabetes, a condition when blood sugar levels are higher than normal but not high enough to be classed as diabetes, is a global concern that could have massive implications towards the future burden on healthcare systems. As an example, in England alone, the prevalence of pre-diabetes more than tripled between 2003-11 and it is now estimated that a third of the English population could be in a pre-diabetic state.

Diabetes doesn’t just have a huge impact on the world’s healthcare systems; the impact on the sufferer is life-changing, and in some cases, once in an advanced stage, life-threatening. This is why charities are working so hard to help increase our awareness of the initial symptoms, as early diagnosis can be critical in managing, and often reversing, the condition. Type 1 diabetes is an autoimmune disease that only affects around 10% of the population and the causes are yet to be proven. However, understanding the causes of type 2 diabetes, which affects the vast majority of sufferers, is essential to reducing the risk of becoming a diabetic.

What is Diabetes? Diabetes symptoms 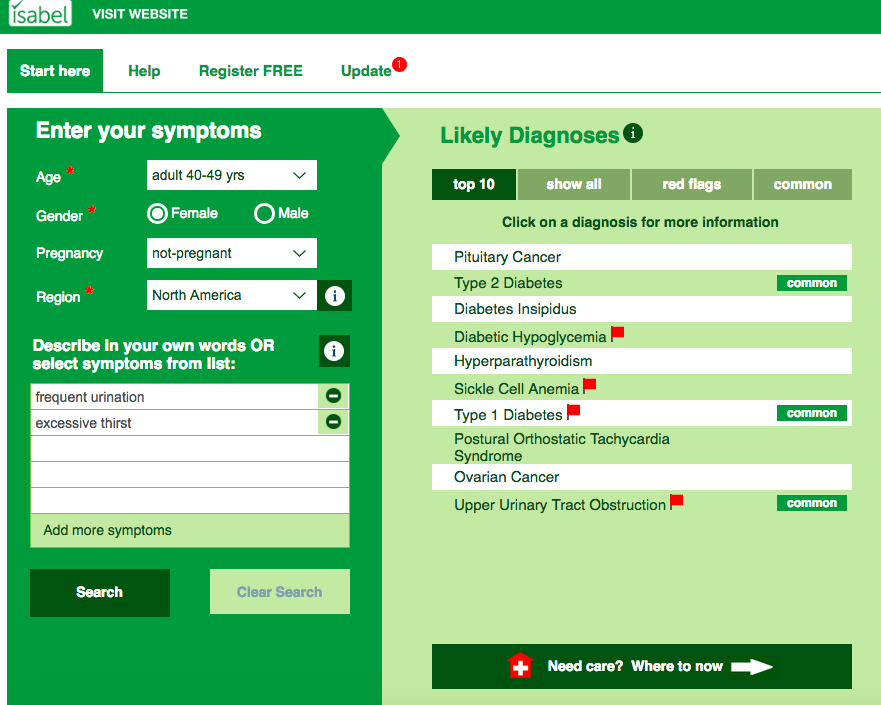 Diabetes occurs when the sufferer’s blood sugar levels become too high. The amount of sugar in our blood is controlled by a hormone called Insulin, produced by the pancreas. In normal circumstances, when food is digested and enters into our bloodstream, insulin moves glucose out of the blood and into cells where it’s broken down to produce energy. A diabetic, however, is unable to break down the glucose as they either don’t have enough insulin, or their pancreas cannot make insulin efficiently. This means the glucose can’t get into our cells and instead starts to build up in our blood. This begins to produce diabetes symptoms which include:

These very specific symptoms occur for a reason: because the glucose can’t enter cells and is forced to stay in the blood, it can’t be used as fuel for energy, hence the tiredness; the body then tries to flush out the excess glucose in the urine, causing frequent urination and consequently excessive thirst; the unusually high levels of glucose in the urine are a perfect breeding ground for fungal infections such as thrush; high blood sugar levels also make cuts harder to heal and leave wounds open to infection; and vision is affected by a combination of small blood vessels becoming damaged from too much glucose, and fluid moving in and out of the eye causing the lens of the eye to swell.

There are a range of complex presentations of diabetes, but they can generally be split into type 1 and type 2.

This is a serious, life long condition which affects around 10% of sufferers. It’s still not known exactly why it occurs and seems to have nothing to do with lifestyle or diet. Type 1 diabetes occurs when the pancreas stops working properly, and is unable to make enough insulin, or in some cases any at all. The symptoms, which are the same as above, can come on very quickly with very little warning. It is most commonly diagnosed in children, though can come on later in life.

This is the more common form, affecting around 90% of sufferers. This occurs when diet and lifestyle cause the body to become overwhelmed with glucose and the pancreas becomes less efficient through strain from both the extra glucose from unhealthy foods, and a build up of unhealthy fat around the organs. The symptoms are the same as for type 1, but whereas type 1 gives you no warning signs, type 2 can come on very slowly, and if diagnosed in time during the pre-diabetes  or borderline diabetes stage, with careful management it can be reversed. This is a critical stage of the condition’s development as, in most cases, lifestyle choices can be made to potentially reverse the condition. Taking early decisive action at this stage can halt the development of type 2 diabetes, but to do so, it is vital you are aware of the warning signs and visit your family doctor as soon as you detect any relevant symptoms. Testing for diabetes involves a simple blood and urine test to check your blood sugar levels.

If you’re diagnosed with pre-diabetes, you’ll be given clear guidelines on how to prevent the condition progressing into full blown type 2. In most cases, the two key factors you need to act on are changes to diet and increased physical exercise. If you follow these guidelines you are less likely to develop type 2 diabetes.

Who is at risk of diabetes?

Type 2 diabetes is in many, but not all cases, a lifestyle disease brought on by an unsuitable diet and a lack of sufficient exercise, both of which lead to obesity. Type 2 diabetes used to be associated with adults over the age of 40, but worryingly it is becoming increasingly common in young adults and children due to the rise in obesity. If any of the following apply to you, then you are more at risk of pre diabetes and type 2 diabetes, and you should be tested as soon as possible:

If type 2 diabetes is diagnosed, some sufferers can control the condition by modifying their diet and taking regular exercise, but most will eventually go on to life-long medication. These drugs will help the body respond better to glucose and create insulin more efficiently, but sufferers may have to move on after a few years to regular insulin injections. Sadly, for those diagnosed with type 1, insulin will be prescribed from the start. By necessity, diabetes has to become a way of life if it is to be well managed. You will need to look after your health and have regular check-ups to prevent the onset of more serious health problems, namely:

The World Health Organisation estimates that over 382 million people worldwide are living with diabetes. This figure is expected to rise to 642 million in just over 20 years. Currently 29 million Americans are diabetic, while in the UK the figure is around 4 million, or 1 in every 16. 10% of the NHS annual budget is being spent on treating the condition. If you’re worried that you might be at risk of developing diabetes, do this simple test to find out, or enter any symptoms you might have into the Isabel Symptom Checker and discuss the results with your doctor.