Could I have cervical cancer? - Screenings and symptoms 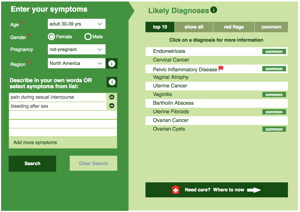 Worldwide screening programmes for cervical cancer are one of the great success stories of modern medicine and have been responsible for a massive decrease in the disease. In the US there has been a 50% decrease over the past 30 years due to screening, and results in the UK are not far behind. But the impact of this potentially devastating disease is not shared equally around the world. More than 8 in 10 deaths from cervical cancer occur in low to middle income countries, who tragically can’t afford the screening, or as it’s more commonly known, the smear test. Cervical Cancer is the fourth most common cancer in women with more than 527,000 cases being diagnosed worldwide every year, with approximately 50% of those leading to death.

Cervical screening has certainly helped reduce the number of cases of cervical cancer, but as was evident in the highly publicised case of Vicky Phelan, a 43-year-old from Limerick in Ireland, women can’t always rely on the smear test alone. In 2011, Vicky was told the results of her smear test were clear of any abnormality and yet just 3 years later, she was diagnosed with terminal cervical cancer. Her original tests from 3 years before were re-checked and it was revealed that the cancer was already present in 2011. The results had tragically been misread. Had they been interpreted correctly, Vicky would, according to a gynaecologist, have had a 95% chance of surviving.

What is cervical cancer?

Cervical cancer develops in a woman’s cervix, which is located at the entrance of the womb. Nearly all cases are caused by a particular strain of the human papilloma virus (HPV), which is a common virus passed on by sexual contact. The HPV can cause changes in a cell’s DNA whereby they become pre-cancerous. This is when the screening should ideally step in to prevent the cancer from developing any further. If left untreated, however, the virus could start to disrupt the normal workings of the cells, resulting in cells reproducing uncontrollably, which then leads to the growth of a cancerous tumour. This in turn could spread into surrounding muscles, the bladder, or the rectum, and eventually into the bones, liver, lungs, and sometimes the lymphatic system.

Who gets cervical cancer?

Any woman with a cervix can get cervical cancer, but it is most common in women between the ages of 20-45. Key risk factors include:

Unfortunately, cervical cancer often doesn’t cause any symptoms until the disease has reached an advanced stage, which is why attending regular screening is so vitally important in detecting any signs before the first symptom appears. The most noticeable symptom is vaginal bleeding, most commonly after sex. If you’re not sure whether the bleeding is due to your monthly period, keep a diary and show this to your doctor. Other symptoms include:

If the cancer may have spread to other areas around your cervix, you should also look out for:

If you’re in any doubt, enter your symptoms into the Isabel Symptom Checker and then take the results to discuss with your doctor: 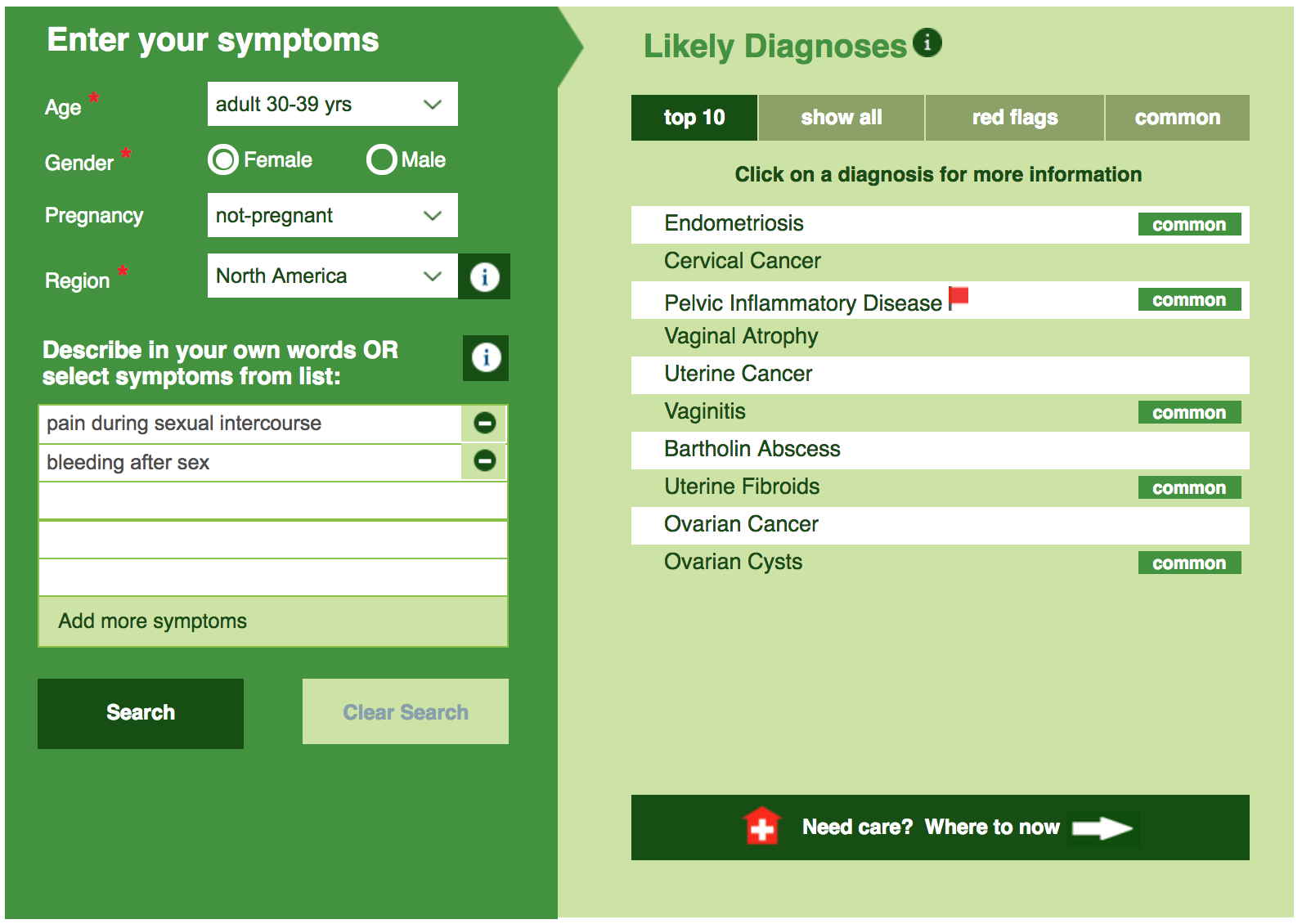 If Cervical Cancer is suspected, either as a result of an abnormal screen test, or because you have reported some of the above symptoms, you will be referred to a gynaecologist. In some cases a biopsy, a procedure where a tissue sample is removed, may be performed. If this suggests that you have cervical cancer and there’s a risk the cancer may have spread, you’re likely to have more tests including scans and pelvic examinations. This will reveal what stage your cancer is at and consequently dictate the most suitable treatments, which would include one or more of the following:

As with all cancers, the sooner the diagnosis, the more effective the treatment is likely to be.

Last week, Vicky Phelan won €2.5million in a court settlement against the US laboratory responsible for misinterpreting her screening result. She has just embarked on clinical trials for a new drug but it is too early to say whether it will be effective on her cancer. Vicky Phelan was one of the rare and very unlucky women whose screening misled her to wrongly believe she was cancer-free, but her experience shouldn’t put women off attending a screening programme. On the contrary, Vicky has spoken out vociferously about the importance of regular screening, as this is the only way to detect the cancer before it has developed and become dangerous. If you’re lucky enough to live in a country which offers screening, take advantage of it.

Cervical screening involves a doctor or nurse taking a small sample of cells from the cervix which are sent off for analysis. You can watch a video explaining the process here. The test may be a bit uncomfortable but takes no more than a few minutes. Screening varies from one country to the next but is usually available to women between the ages of 25-64 and should ideally be done on average every 3 years depending on your age. Results usually take between 2-6 weeks. 6% of women will have an abnormal result. This means there are some changes to the cells on the cervix which, if left untreated, could possibly go on to be cancerous. Your treatment at this stage will depend on the extent and type of cell change. As long as you’re having regular screening, it is very rare for an abnormal result to show that cancer has already developed.

In addition to the screening, since 2007 HPV vaccination programmes have been rolled out and are now available in 65 countries around the world. This offers school girls vaccinations to protect them from infection of the 2 highest risk strains of HPV, which account for 7 in 10 cases of the disease. In the US boys are vaccinated too as they can carry HPV as well.

If you are concerned about any of the issues mentioned in this post, try placing all your symptoms into the Isabel Symptom Checker and discussing the results with your doctor: