Could I have age-related macular degeneration (AMD)? 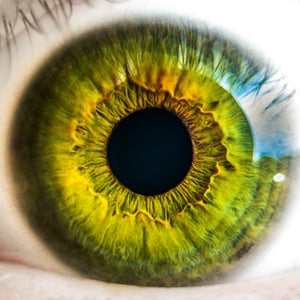 Age-related Macular Degeneration (AMD) has been in the news a lot recently for different reasons. The American actress, Roseanne Barr recently announced that after 2 years preparing herself for a life with severely impaired vision following a diagnosis of AMD, a second opinion from a different doctor has revealed a more positive diagnosis: her so called ‘blindness’ was actually caused by a mole growing on the inside of her eye which, given time, could be removed. And in another similar story and an even more positive note, an 86 year old patient who had all but lost sight in one eye due to AMD, has now recovered his sight again, following pioneering stem cell therapy at London’s Moorfields Eye Hospital.

What is age-related macular degeneration (AMD)?

AMD is a painless eye condition that leads to the gradual loss of central vision. As it’s name implies, the condition is most common in the over 65 age-group, affecting around 1 in 10 people of this age. It is the most common cause of sight loss in the developed world with 11 million sufferers in the US and 60,000 in the UK. With our ageing population and the increasing incidence of sight loss triggers such as obesity and diabetes, we are facing an epidemic of AMD in the coming decades. Figures in the US are expected to double by 2050.

The macula is an area at the back of your eye which is used for looking at fine detail, such as when reading or recognising faces. When it becomes damaged, your central vision may become affected even though your peripheral (or side) vision does not change. While it doesn’t cause total blindness, it can make everyday activities very difficult. AMD usually affects both eyes but the speed at which it progresses can vary from eye to eye. AMD can be classified as dry or wet. Dry AMD is the most common, affecting around 90% of cases and tends to happen gradually over several years. An estimated 1 in 10 sufferers will go on to develop wet AMD which is much more serious and without treatment, vision can deteriorate within days. In rare cases, macular degeneration can affect younger people – this is known as juvenile degeneration.

Some sufferers don’t experience any symptoms before their diagnosis which is only discovered during a routine eye test. If only one eye is affected, you may not notice anything at first as your other eye will compensate which is why regular eye tests are so important. Usually the first symptom is a blurred or distorted area of vision. Some sufferers report seeing straight lines as wavy or they might have patches missing from their central field of vision. Colours may seem less bright than they would do normally and some patients report objects looking smaller than normal.

Macular degeneration develops when the macula (the part of the eye responsible for central vision) is unable to function as effectively as it used to. The exact cause is unknown but it has been linked to smoking, high blood pressure, obesity and family history. Prolonged exposure to ultraviolet light has also been linked to AMD so wearing sunglasses in bright sunlight is an important factor in preventing it.

Getting a diagnosis of AMD

If you’re experiencing unusual eye symptoms, try entering them into the Isabel Symptom Checker. All unusual symptoms should be discussed with an optician as soon as possible, who will use a magnifying glass with a light to observe the back of your eyes. If you are diagnosed with AMD, you will be referred straight away to a specialist. 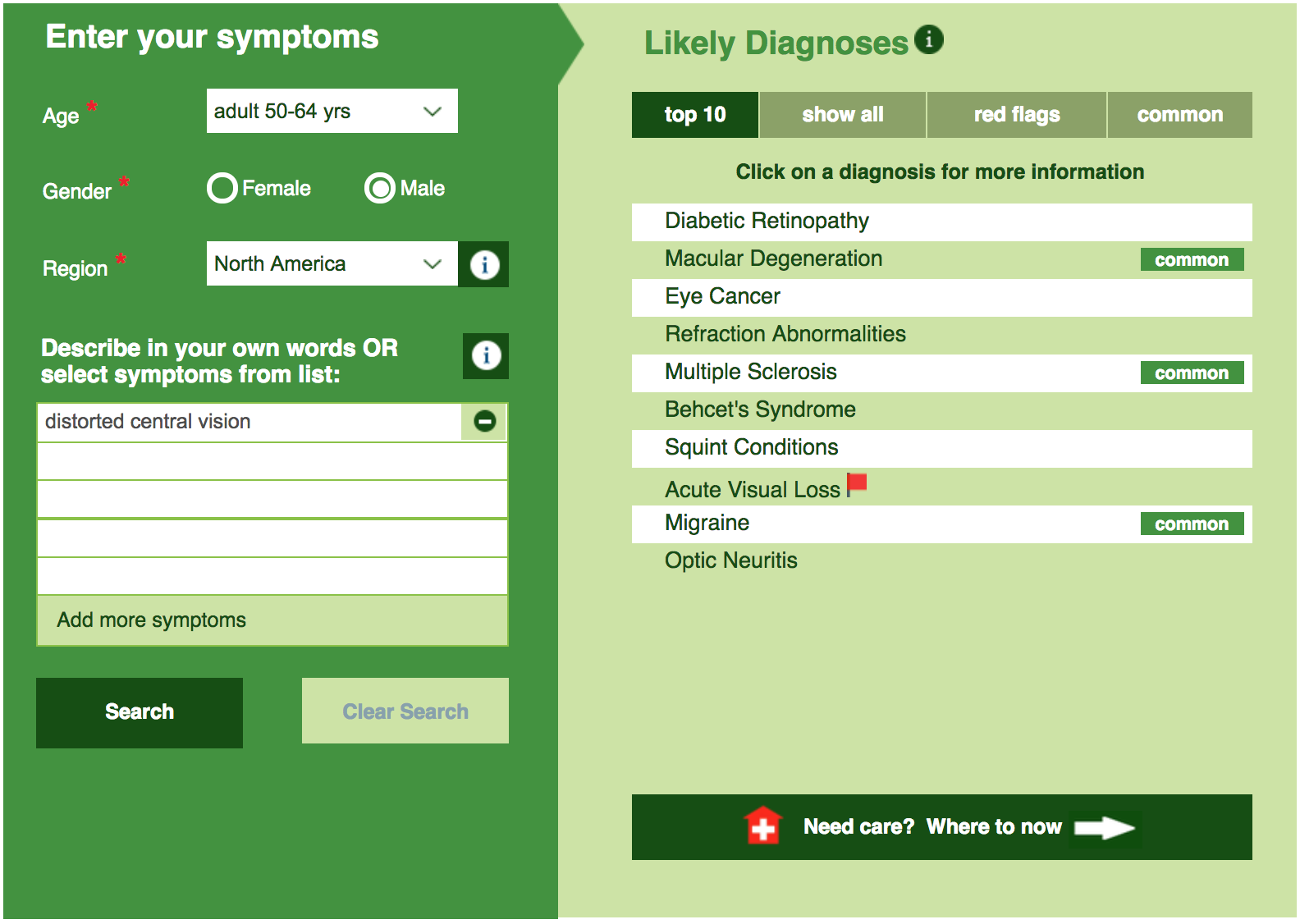 As mentioned above, pioneering research is happening all the time, particularly in the area of stem-cell treatment where, in the case of 86-year old Douglas Waters, cells from a human embryo were grown into a patch that was inserted into the back of the eye. Mr Waters, from London, developed severe AMD in his right eye three years ago but following this treatment is now able to read a newspaper. This exciting and ground-breaking treatment is, however, still undergoing clinical trials. In the meantime, wet AMD can sometimes be treated by injecting a drug into the back of the eye, however, this will depend on the extent of the damage already caused by the AMD. We do know that the earlier treatment is started, the greater the chances are of success, so if in any doubt, see your optician as soon as possible.

If you're concerned about any symptoms you are experiencing, place them into the Isabel Symptom Checker for free, and discuss the results with your doctor or optician: