Could I have a brain tumor? Brain tumor symptoms and diagnosis 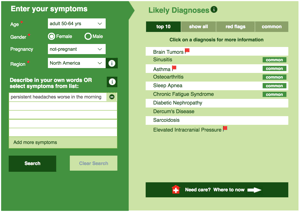 A story currently doing the rounds on the web reports how Mark Givens, recently diagnosed with a brain tumor, lost his driving license due to dangerous driving. This was caused by the mental trauma he was experiencing as a result of his diagnosis. The story is all the more significant because it turns out Mr Givens, from Northern Ireland, could have been spared the trauma as he had in fact been misdiagnosed and was instead suffering from a cyst on the brain. This story illustrates two points. Firstly, the mental trauma caused to patients suffering from a brain tumor and secondly, the fact that this often fatal condition can be misdiagnosed as something relatively minor, albeit a condition that can cause identical symptoms to a brain tumor.

What is a brain tumor

In simple terms, a brain tumor is a growth of cells that multiplies in an abnormal and uncontrollable way, and is located in or around the brain. Symptoms caused by brain tumors are a consequence of both the space they take up inside the skull, which obviously only has a limited capacity to accommodate abnormalities, and the location of the tumor. There a two key types of tumor:

Because there are so many different types of brain tumor, there are also a large number of different signs and symptoms. The following symptoms, however, are the most commonly associated with brain tumors. Please bear in mind that brain tumours share many commonplace symptoms with other less serious conditions. However if you’re worried about any combination of the symptoms mentioned below you should seek medical advice. The most common symptoms are:

This list is far from exhaustive as the location of the tumor and the area where it is pressing on the brain dictates the symptoms. The location can also dictate the size of the tumor and its capacity to grow before symptoms start appearing. For example, tumors in the frontal or temporal lobes in particular can become quite large with very few obvious symptoms.

Diagnosis of a brain tumor

If you have any of the above symptoms, particularly if they are persistent, it’s worth seeing your doctor. You can enter them into the Isabel Symptom Checker and take the list to discuss in the consultation: 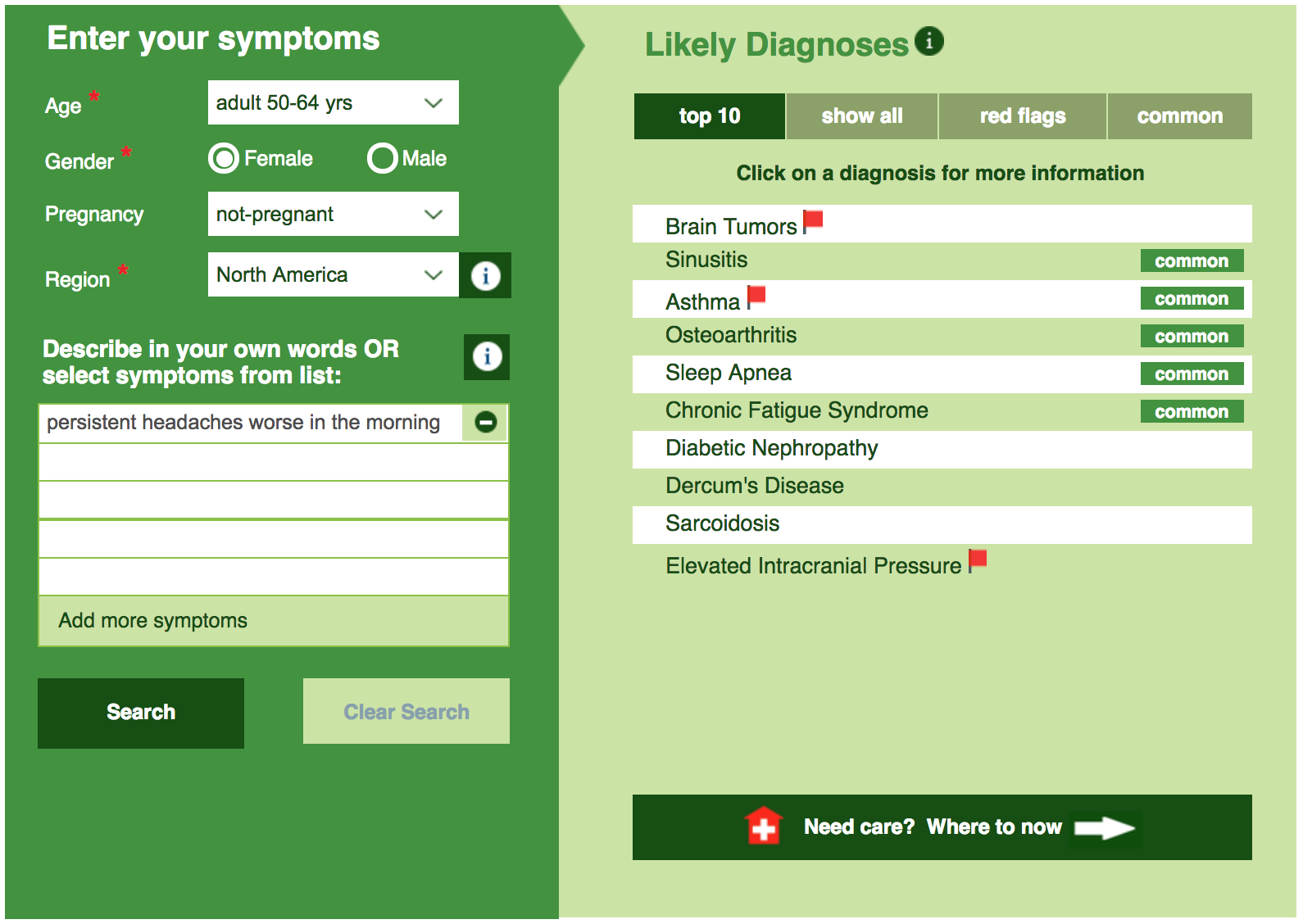 Due to the fact any brain tumor is nestled behind a thick layer of skull, a routine examination by your doctor won’t be able to immediately confirm the presence of a tumor. You may therefore be referred for either a CAT scan or MRI scan, to see any abnormalities. The only reliable way to accurately diagnose a tumor and categorize it is via a biopsy. Again the location of the suspected tumor may not allow this in which case an educated assumption is made based on results from a range of tests such as blood tests, hearing tests or eye tests. Indeed, tumors are often picked up following a routine visit to your optician.

Just as the symptoms are varied, so are the treatments, and they all depend on the type of tumor, its location, how big it is, how far it has spread, and the condition of its cells. Your overall health and fitness will also play a part in your treatment. Following diagnosis, steroids are sometimes prescribed to help reduce the swelling around the tumor. If the location allows, then surgery will follow but sometimes it’s not possible to remove all, or even any, of the tumor. Further treatment with chemotherapy or radiotherapy may be required.

Who is at risk of brain tumors?

As with many cancers, the causes of most brain tumors are unknown, though there are an increasing number of proven risk factors which include:

As you can see, diagnosis of a brain tumor depends on many factors and is not always an exact science. But if you are suffering from suspicious symptoms, see your doctor as quickly as possible in the hopes that the symptoms in question are the result of something benign. Place all your symptoms into the Isabel Symptom Checker and discuss the results with your doctor.