Are you doing Movember 2017? | Prostate Cancer Symptoms and Diagnosis 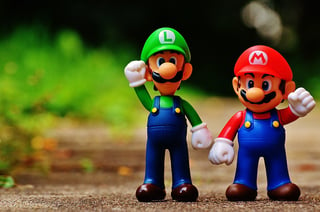 It’s that time of year again, the summer is most definitely over and Halloween is behind us. In the world of charities and awareness, November means Movember, a campaign set up by the Movember Foundation. Movember is a time where men’s health gets the spotlight and men all over the globe stop shaving their upper lip to raise money and start discussions about their health. We’ve blogged about this unusual month back in 2015, talking about the four main areas of men’s health that the foundation focuses on, Prostate Cancer, Testicular Cancer, Mental Health and Physical Inactivity. These were borne out of some shocking statistics on these areas, such as the fact that one man will commit suicide due to mental health issues every minute. This year, however, we really wanted to focus in on one of the main four areas, and give you all the symptom, diagnosis and treatment information, so that hopefully you can talk to your fellow man about it, and that’s what Movember is all about - talking about men’s health. We’ve decided to focus on Prostate Cancer, as this tends to be the one most men are embarrassed or unsure of.

What is Prostate Cancer?

As most of us know, cancer is a mutation of a healthy cell in the body, which then continues to multiply, most often causing a tumour in the affected area and eventually spreading to other areas of the body, or into the bone or bloodstream. Prostate Cancer is a cancer that begins in the prostate, a small gland which is situated only in men, at the base of the bladder and surrounding the urethra - the tube we urinate through. The prostate gland’s main role is to create semen, which sperm is then added to from the testicles. When a prostate gland becomes cancerous, it can push on the urethra and also cause erectile disfunction due to its close proximity to the penis. Although on its own prostate cancer can often go on for years without causing too many issues, the risk of the cancer spreading is high and this can cause much bigger problems.

Due to the location of the prostate gland being so hidden, popular methods of ‘searching for a lump’ can’t apply when looking out for prostate cancer. There are some symptoms to watch out for, but they can often be the same signs for less serious conditions, such as simply an enlarged prostate gland. This is quite common as men get older, but so are the risks of prostate cancer, so it is very important to check out any abnormal symptoms and determine their cause. Symptoms that may point towards prostate cancer are: 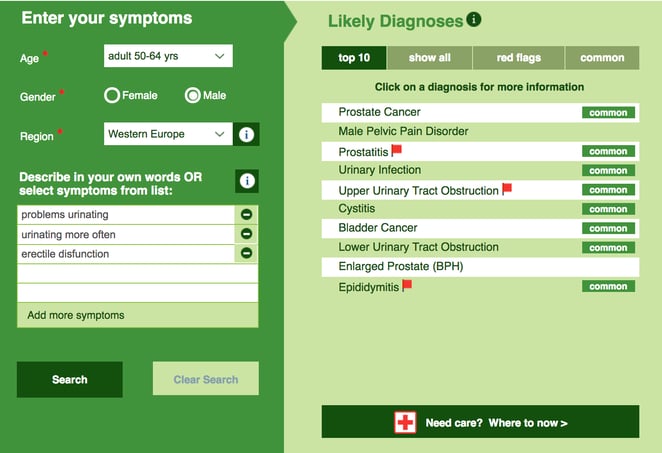 Prostate cancer is almost as hard to diagnosis as it is to spot symptoms, and there is much dispute over which methods are the best. Blood tests are the most commonly used method, but they can be unreliable. This is because the test, known as a prostate-specific antigen (PSA) test simply measures the levels of PSA in the blood. Higher levels can indicate prostate cancer, but they can also indicate much more benign conditions such as an enlarged prostate or even a simple urinary tract infection. Another diagnosis option is a physical examination, which involves a physician placing a finger up the rectum. Many patients are reluctant to have this invasive procedure performed, and even when performed results can again be unreliable. However, a physical examination is often the first sign that something is wrong and as such it is quite important in early detection. Finally, a biopsy is an option, and this involves small needles being inserted to get a sample of the tissues in the gland. However, the test can only be performed on the tissues taken, and sometimes cancerous tissue in the prostate may have been missed during biopsy. If the biopsy is found to be cancerous however, this is the only way of knowing for certain that you have prostate cancer.

You may have noticed a pattern here that prostate cancer is a difficult one to spot and diagnose, so it’s not surprise that treatment options can be confusing and varied as well. A lot of cases of prostate cancer are not actually that life altering or threatening, and as such sometimes the best option is to do nothing, except monitor the progress of the cancer. That can be worrying to deal with the burden for potentially many years, so this option needs careful consideration. However, the option of surgery to remove the gland comes with risks and consequences such as permanent erectile disfunction or problems with the bladder. Chemotherapy and radiotherapy have their own issues as well, so a discussion with your doctor and the different options will help you decide and should be your first port of call.

All cancers, but particularly the unsure nature of prostate cancer, can be hard to contemplate and harder still to discuss, but the more it is talked about, the more people will get diagnosed sooner, and less people will have to suffer alone with this disease. According to the Movember Foundation, currently in the UK, one person will die from prostate cancer every 45 minutes, so we really do need to be talking about this issue and spreading the word. It’s not too late for you to start Movember today, grow your mo’ and see what conversations you can have about men’s health this November!

If you're unsure of any symptoms you're experiencing, whether they are mentioned in this blogpost or not, run them through our free Isabel Symtptom Checker, and discuss the results with your doctor: