In the US, invasive meningococcal infections occur in 0.3 to 1.5 per 10,000 people per year. Most infections are caused by serogroups B, C and Y.  The highest rate of invasive infections is seen in children under 5 years age and especially in the under 1 age group where predominantly they are found to have group B infection.  Another peak can be seen in the age in the adolescent and young adult age populations.  The disease appears most commonly in the winter and spring months.  During epidemics more school aged children will be affected due to close contact with respiratory secretions and increased activity may be seen after an Influenza A outbreak.

Meningococcal disease tends to evolve very quickly and by the time the symptoms are manifesting they tend to appear quite developed and can cause significant harm if not recognised or  treated quickly. 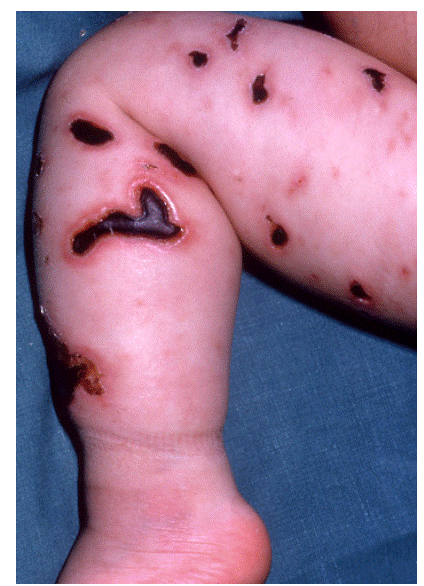 This infant was brought to the hospital with complains of high grade fever, irritability and poor feeding. On examination she had skin lesions all over her body, which the blood cultures revealed to be due to Neisseria meningitides.

As Meningococcal disease has many symptoms it should be noted that only a few of these may present in the patient and the disease should always be high on a the differential diagnoses list of any patient presenting with sudden onset of fever, headache, photophobia and any signs of a non-blanching diffuse rash.  It should also be noted that a rash may not be present in all patients.  Early recognition is essential to early treatment and a Doctor may never see a case of this infection in their careers so a high index of suspicion is needed. 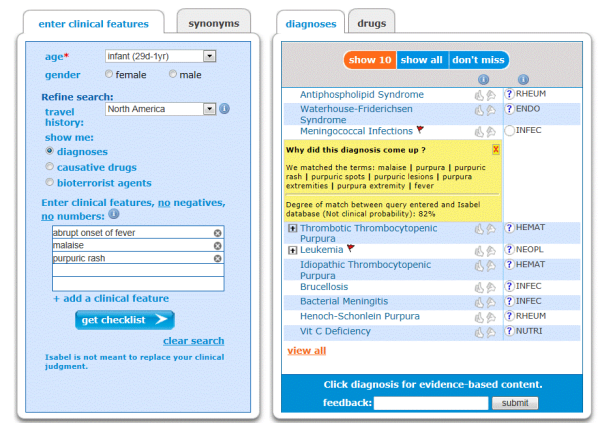 Isabel can assist health professionals with diagnosing meningococcal infections based on the symptoms the patient presents with and ensure treatment of antibiotics is given early to prevent further complications. 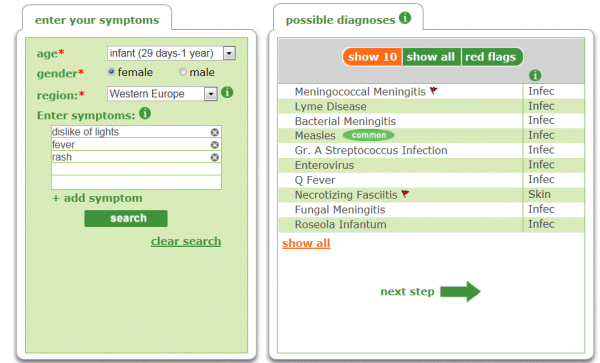 Isabel symptom checker can assist patients with decrypting what symptoms they are seeing and helping them to seek medical attention which can reduce morbidity and mortality.

Any patient with suspected signs of meningitis should be treated according to their age with broad spectrum antibiotics until further test results can be reported and the cause of the bacteria isolated.  The antibiotics are extremely important to administer to the patient as they start to battle the infection immediately and prevent further spread of the rapidly developing infection which can lead to cerebral problems, multi system organ failure, loss of limbs, fingers and toes and other body areas being affected by necrotic tissue.

Further tests on patients with suspected meningococcal disease once antibiotics have been given should include:

Other tests to consider are:

CSF gram stain, cell count, differential, glucose, protein and culture – lumbar puncture is contraindicated in patients with cardiovascular or respiratory instability, coagulopathy, or infection (including petechial and purpuric lesions) overlaying the puncture site.  Some experts recommend delaying the lumbar puncture in classic meningococcal disease presentations as it is unlikely to influence the patient management but clinical judgement should be used.

Between 10% and 20% of survivors of meningococcal meningitis have neurological complications including hearing loss, seizure disorders, blindness and intellectual impairment.

Hopes for Meningitis type B vaccine to be introduced in the UK:

In the UK, a Meningitis type B vaccine has been in development for over 20 years.  The meningitis B vaccine has been given a ‘positive opinion’ by the European Medicines Agency Committee for Medicinal Products for Human Use (CHMP).  This means that it is recommended that the vaccine is granted a licence for immunising people from the age of 2 months.  Once licensed, the government’s vaccination advisors will make a decision about if and when it should be introduced into the vaccination schedule.

In the US, currently no vaccine for Meningitis type B currently exists, but if the UK vaccine gets rolled out then hopefully the US will also get the vaccine licensed and rate of this devastating infection will fall. 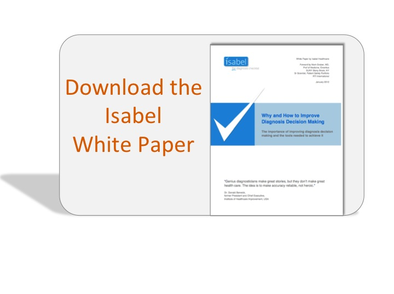